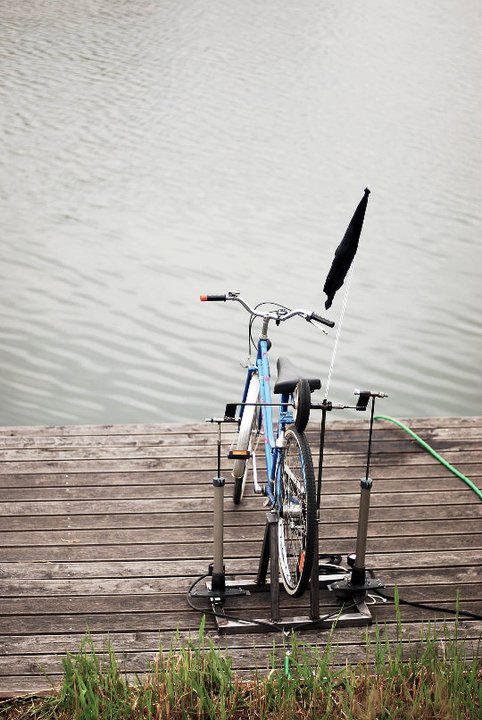 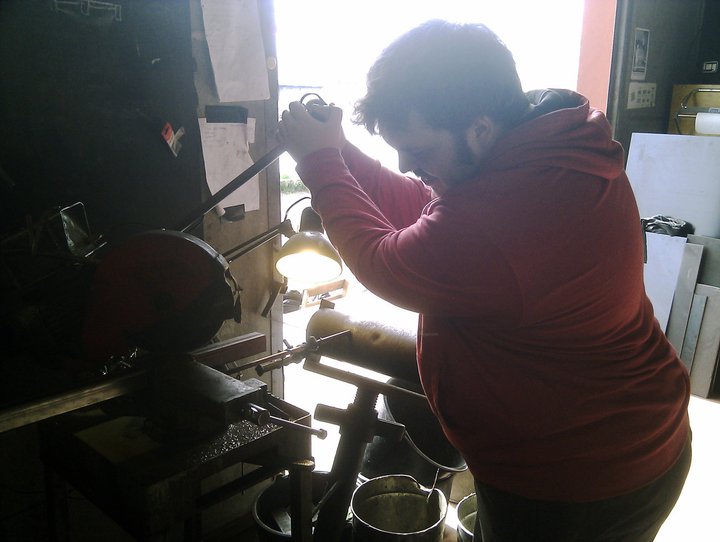 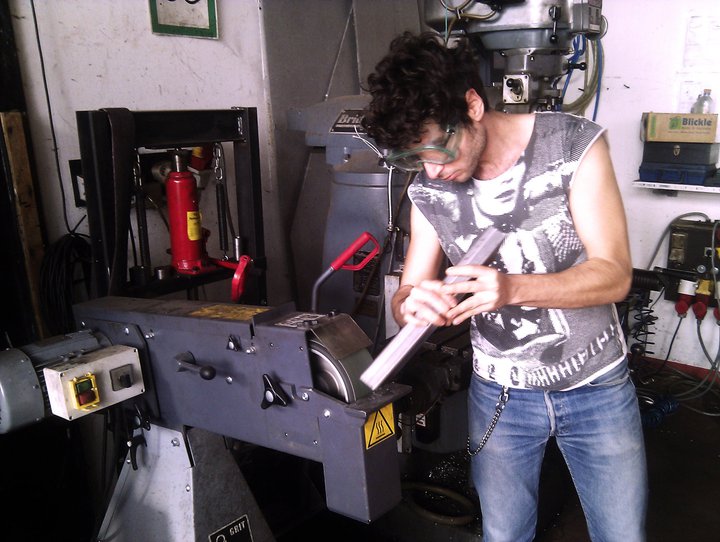 Marimo is an installation made at Time’s Up Linz. The Marimo is a japanese plant which rises and lowers through the water it lives in throughout its lifetime.

Me , Masa and Fabrizio initially wanted this project to run on pedal power electricity but once we started making it, it became apparent that mixing water and electricity is not only dangerous , but unproductive.

The installation consists of a scavanged bicycle that we have modified with a custom frame assembly which converts pedal power into air movement. By pedaling you send air to a container inside a submersed Marimo looking sculpture that which will rise with this air. It runs on the simple physics principles of work and early day submersable chambers.
Air is pumped by converting work into pumping force, it moves down a hose to the sculpture which contains one air intake and one air outake in order to allow it to submerse again. Delivering slightly more air than is escaping results in the chamber being filled with air and raising the sculpture from the bottom of the water. Once you stop pedalling the sculpture rapidly sinks.